I have a million reasons why I think chicken broth is a kitchen staple and game changer to have on hand. So let me just give you a couple of my favorite reasons.

What Chicken Broth has in it?

Chicken and Bone Broth are full of Type-2 Collagen. Type-2 Collagen is the type of collagen used most often in the body. Chicken Broth is going to give your body the kind of “raw material” that is needed to do its repair work for your gut, your skin and your body as a whole. Around 30% of all the protein in the body, is collagen. And broth is definitely a healing superfood when sick. There have been 1,000’s of years ancient medicine recording the use of broths to help boost the immune system. So this makes sense why we crave it the way we do when we feel a cold coming on. Another interesting fact is that Chicken Broth has something called Glucosamine in it which is actually in a common tablet people take to help prolong from having to get knee replacements! That is amazing, right!?!

How does Chicken Broth Help Your Gut Health?

The Gut is mostly collagen and actually starts in your mouth. And the gut houses most of the body’s immune system. So when we think about trying to battle sickness the gut is a great place to start. Many people have something called leaky gut where they are little holes in the gut that is allowing particles of food to pass through the gut into the bloodstream, thus sparking inflammation in the body. This inflammation is the at the root of so many auto-immune diseases. It all makes sense why adding in broths (chalked full of body repairing collagen), especially ones made from bones and chicken is so helpful at repairing the gut and helpful to boost your health.

How Can I Use Chicken Broth?

There are so many ways, but my favorite is to use it as the base of a good soup. Soups like vegetable, chicken noodle, chili, taco soup, potato soup and ramen noodle soup. The list goes on and on, but a good big pot of soup is a huge budget saver, a great way to always have food in the fridge ready to eat or just a way to have lots of people over for less than $20.

How to Make Chicken Broth?

Making soup with bone-in, skin-on poultry is a process, but makes rich broth.

There are so many variations to making great broth, but at its most basic level it is puttng bones and/or meat in water, adding salt and it is going to taste great.

Think about using all of the animal… pick chicken off for lunches for the week and then save the bones to make bone broth.

How to Store Chicken Broth

You can also freeze the broth in small portions using this silicon mold. That way if you only need a little bit to flavor a dish or a mug of broth to battle back a sore throat you have already chicken broth portioned out cubes in cubes ready to go. Sealed in a freezer ziploc bag you can freeze the broth for up to 6 months.

Either way, it is a good idea to allow the broth to cool for an hour so as to not bring up the temperature in the fridge or freezer.

What to do with Chicken After You Have the Broth?

After straining off the broth and freezing or storing it. Lay out the chicken on a cookie sheet and pick the chicken off the bone, I like to sort it twice so to make sure I catch all the bones. The picked chicken will be great for sandwiches, salads, soups, or just to add to another meal in the week.

-Stick the chicken in a deep pot and then cover with at least an inch or two of water and bring to a low simmer.

Why the water you add to the broth is important? I know for years I never even considered the kind of water I was drinking, let alone cooking or bathing in. But truly, many people are drinking water with so much chlorine in it that the water can be detrimental to all the good bacteria in your body. The chlorine is great to make water sanitary, but not so good to make it nourishing. Not to mention the arsenic and pharmaceutical drugs that end up in the water

To get great drinking and cooking water I use the Berkey. The Berkey is one of the best decisions Matt and I have made for our family’s health. I have noticed a big difference in my skin since we started using it over a year ago. Many people don’t even think of the water they cook with, but it all ends up in our food, so it is something to think about.

Why Organic and Pasture-raised matters? What these birds ate and how they lived changes everything about the bird you and me are eating. Why would we believe that eating sick and nutrient deficient animals would make us well? Chickens were made to roam and forage. Not be penned up their whole life and eat feed. One of the goals of cooking is to make healthier food for our family and buying better meats is one really important swap. I would say for price just buy better and less meat vs. more meat at a lesser quality.

Here are the links for helpful kitchen tools for this process

Previous Post: « How To Get Started Reading Your Bible
Next Post: Easy Way to Study the Bible- HEAR Method »

So glad you are here! 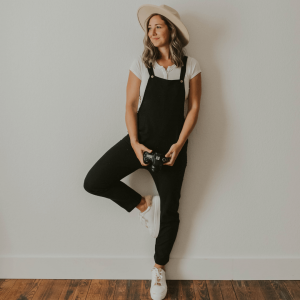 Hi I’m Lana, mom of 4, life-long learner and lover of real food. Follow along as we do Womanhood Together! Read more about me here.